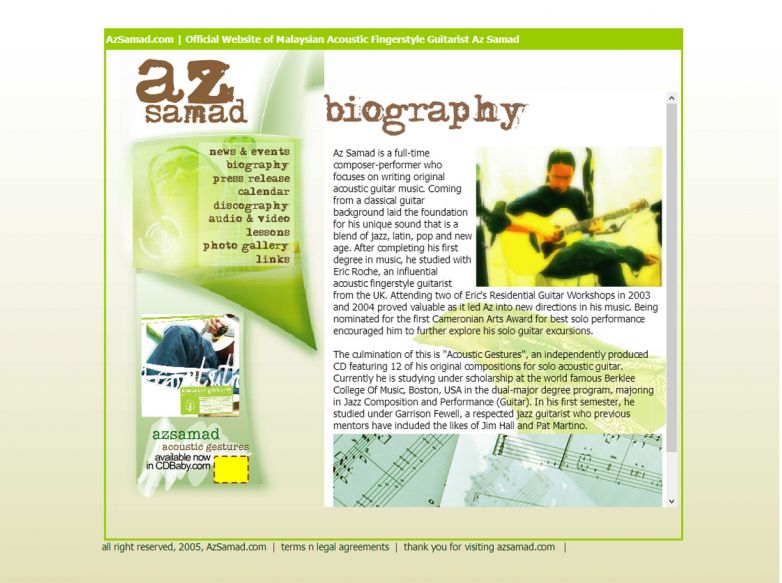 As an educator, Az has been on the faculty of Berklee College of Music's Summer Guitar Sessions and has taught workshops at Wesleyan University in Middletown, Connecticut; Culturefest in Pipestem, West Virginia; and The Freight & Salvage in Berkeley, California. Az believes in contributing back to the society that has supported his music efforts.

In 2012, he embarked on his first European tour with California-based Tara Linda & The Tortilla Western Trio performing in the Folk Segovia Festival, Spain & a 3-night residency at Töpferei Niehenke, Hasbergen, Germany. Previously based in Berkeley, California; Az now lives in Kuala Lumpur. A low profile Az, is the youngest son of Datuk Abdul Samad Said, Malaysia's Sasterawan Negara (National Laurette) - who helmed as the guardian of Malay language and culture.